Ahimsa Silk, also known as Peace Silk, is processed from cocoons without killing the pupae inside. Many vegetarians and even some vegans have decided that it allows them a way to use silk without sacrificing animal life.

"Ahimsa," meaning "nonviolence," is a part of Buddhist philosophy, stating that humans should refrain from inflicting suffering on others, including non-human and even non-animal life. There are some Jains (a religious group with many similarities to Buddhists) who take this philosophy so deeply to heart that they avoid killing even the smallest creatures, and provide special houses where insects swept up in household dirt can live out their lives. The expressions of the philosophy, particularly in Western culture, are not usually that extreme - but that gives a good example of a strict interpretation of an Ahimsa path. 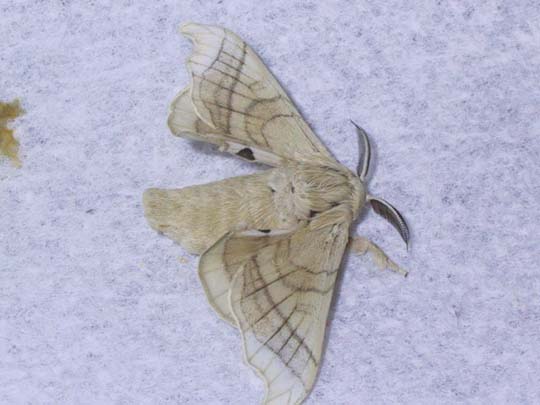 Most cultivated Ahimsa Silk is Bombyx mori. It is raised just like conventional cultivated silk, right up to the point where the cocoons would be stifled, or processed with heat, in order to kill the pupa and keep it from breaking through the cocoon. The Ahimsa cocoons are all allowed to hatch and breed, and the silk is processed from the hatched cocoons.